Ireland on the Podium at Optimist Worlds! 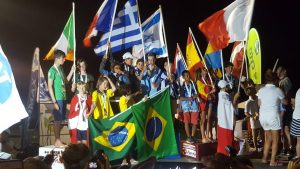 The Irish Flag Flying high on the podium at Worlds 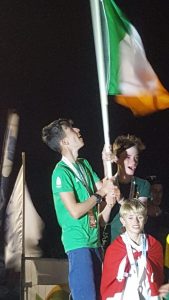 Rian and James raising the Irish flag on the Worlds Podium!

A five sailor team represented Ireland at the Optimist World Championships in Limissol in Cyprus.  They competed against over 260 sailors from 57 Nations.

After 3 gruelling days of sailing against the best Optimist Sailors in the World, Team Ireland had an amazing 3 Irish sailors qualify for the gold fleet (James, Justin and Rian) and two qualify for the silver fleet (Harry and Michael).

Following a further 3 days of fleet racing, they achieved the best collective performance of an Irish Team at the World Championships with two sailors Rian and James taking to the podium.  Rian finished 16th overall and James was 19th overall, a phenomenal result for Ireland.  Justin was 50th overall.  Harry was 93rd overall (27th in Silver Fleet) and Michael was 117th overall (51st in Silver fleet).

There were many highlights for the team over the course of the event, with lots of top 10 results in races, winning 3 of their team racing races, meeting sailors from around the World , a police escort to the airport, sailing with huge turtles and befriending a cat they christened “Andy”!  But the standout moment was seeing the Irish flag raised high by our two sailors on the podium at the prize giving. A very proud moment for the sailors, their team mates and families.

The Team’s success at the Worlds has been down to hard work and commitment from the sailors over the long winter months and since Trails but also thanks to the fantastic professional support provided by Bocha and Ruth at the Championships and supporting the sailors in every way on and off the water throughout the competition.

Well done to all.  Also best of luck to the three sailors on the Team, Harry, Michael and Rian who are now moving on from the Optimist Class.  The future of Irish sailing is looking very bright indeed! 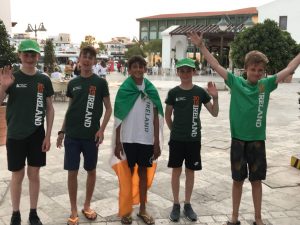 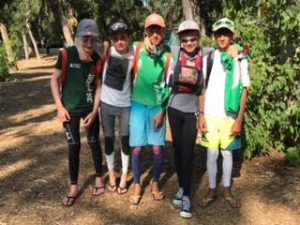