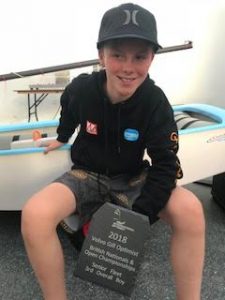 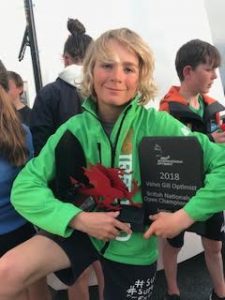 Rocco Wright of HYC and NYC and a member of the Team Ireland Under 12 squad was crowned the overall Junior Champion at the British Optimist Nationals today!  It was well deserved with Rocco getting a fantastic 7 bullets in a row!!  Fellow Under 12 Team sailor Clementine van Steenberge of NYC was first girl at the event.

The Irish Under 12 team under the watchful eye of Team Coach Thomas Chaix had the best event ever for an Irish Under 12 Team attending a British Optimist Nationals, with an amazing 4 sailors in the top 5 in the Junior Gold Fleet!

In the Junior Silver Fleet, Emily Conan of the Team Ireland Under 12 squad, kept up the Irish winning streak taking home the 2nd girl prize.

To top off the fantastic week on the water for Team Ireland,  Conor Staunton won the top prize in the raffle for a brand new Optimist!! 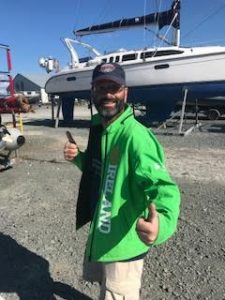 A really big thanks to Thomas Chaix of Dinghy Performance, Cliodhna Ni Shuilleabhain, Sophie Browne, the Team Ireland Under 12’s coaches for the event for doing a sterling job with their team.  Big congrats to the other Irish Coaches John Durcan, Erica Ruigrok and Vivienne Chaix.

Sailors, coaches and parents had an amazing week in Pwllheli, in the Welsh sunshine.  A very big thank you to IOCA for making Team Ireland feel most welcome at the event.

Congratulations to all the Team Ireland sailors, you made your clubs and country very proud.

Next stop the Irish Optimist Nationals in Kinsale Yacht Club next week! 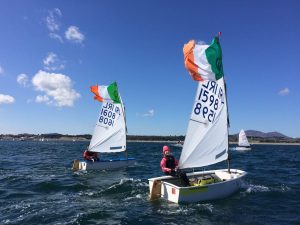 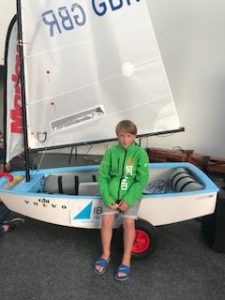 Conor Staunton with the new Optimist he won! 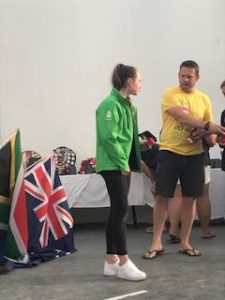