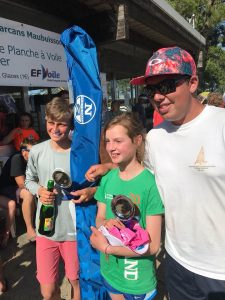 Fiachra McDonnell of NYC and the Irish IDT France Team won the Optimist French Nationals after a fantastic week of sailing against some of the best sailors in Europe in the 200 sailor event.  Fellow NYC and IDT Team France sailor Clementine van Steenberge won best girl at the event, at only 11 years of age she is one to watch for the future!

A really big thanks to Yvonne Durcan for doing a sterling job as team parent for the IDT Team for the week.  A massive well done to the IDT Team coach Dara O’Shea for doing a really great job working with the sailors over that last few months to secure Irelands best results ever in France!

Congratulations to all, you made you clubs and country very proud. 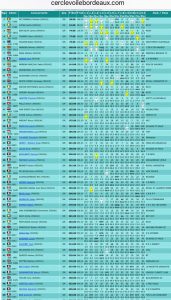 Final results after series of 12 races