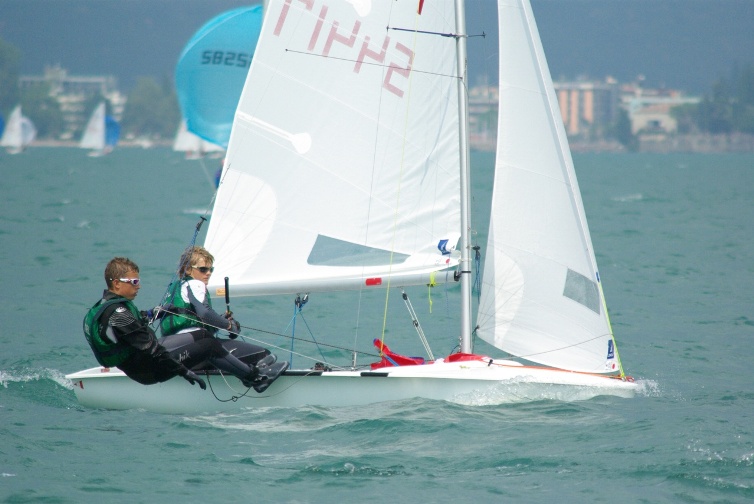 Just over a year ago, Robert Dickson and Sean Waddilove made the decision to move from the Optimist to the 420 and decided to sail together. Robert was 13, Sean 14. They have just become the Youth National 420 Champions.

Girl team Cliodhna ni Shuilleabhain and Jil McGinley sailed their Optimists last summer, competing in the Optimist Europeans together. They began to train together during the winter, but the decision to compete in the Youth Nationals was only made after training in February, and they were delighted to achieve the Youth National female title.

This week the ISA confirmed that both crews will represent Ireland in the ISAFs in Cyprus this summer.

Seán has written for IODAI so that other sailors considering making the transition from the Optimist can know how the 420 worked out for him:

“I had a great time sailing Oppies and trained with Team X, the OPG and the ISA Squad. During these years I met some great guys and made many new friends.

The sailing skills learnt with Oppies and competing in home and overseas events set me up for moving into a new class, but it was not an easy decision whether to sail a Laser or 420.

During the Summer of 2011 I spent some time at the RSGYC training in Feva’s and 420’s with Adam Hyland. The Oppie Nationals at HYC came and went but I still did not know whether I wanted to sail a Laser or 420 next.

In October 2011 the Indian International regatta in Chennai, India was my last Oppie event. I have to agree with Conor, anyone who gets the opportunity to attend this event should definitely go. It’s not just the sailing, but to see and experience a culture so completely different to Ireland and Europe.

We spoke to Thomas Chaix, and Thomas’s recommendation was it is easier to move from a 420 to a Laser rather than from a Laser to a 420. I said to my parents I would commit to sailing a 420 for a year and then make a decision.

I teamed up with Robert Dickson in Howth who I got on well with. Sailing with 3 sails (main, jib, spinnaker) is challenging and needs good communication and co-ordination between the helm and crew. I must say just because you were good in the Oppie does not necessary mean you will be good in the 420. The skills required, especially for crewing, are completely different. If I‘m honest, the Oppie didn’t prepare me really at all for crewing. It was like starting from scratch again.

Our first 420 event was the 2011 End of Seasons and we came 2nd in a fleet of 15 boats. We trained hard through the Winter, much of which was spent upside down, but we soon got the swing of things and really started to enjoy the 420. The speed is amazing (a lot faster than the laser and topperJ) and being on the trapeze really gets the adrenalin pumping. We had a good 2012 winning the Leinsters and Munsters. The ISA supported the class with help in transporting boats and coaching at events in Kiel Week, Germany, the Europeans in Lake Garda and 3 events in Spain.

This year the ISA have continued to support the class and they plan to announce a 420 Academy Squad with a programme of attending the Kiel Week, the 420 Worlds in Spain, and the 420 Europeans in Pwhelli.

It’s great to see more Oppie sailors moving into 420’s. It is very much a competitive youth class where we all know each other.” 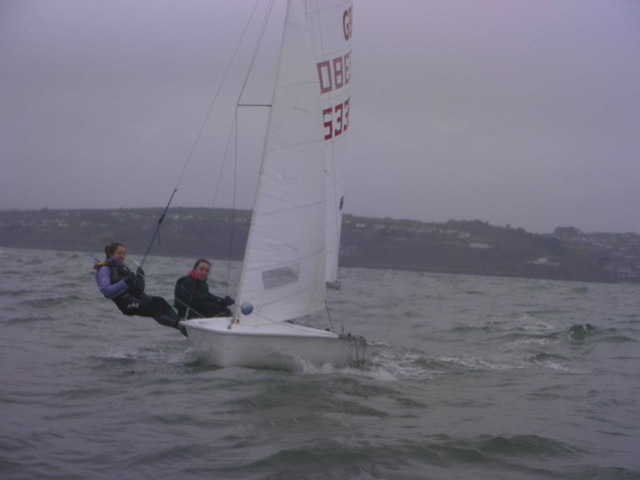